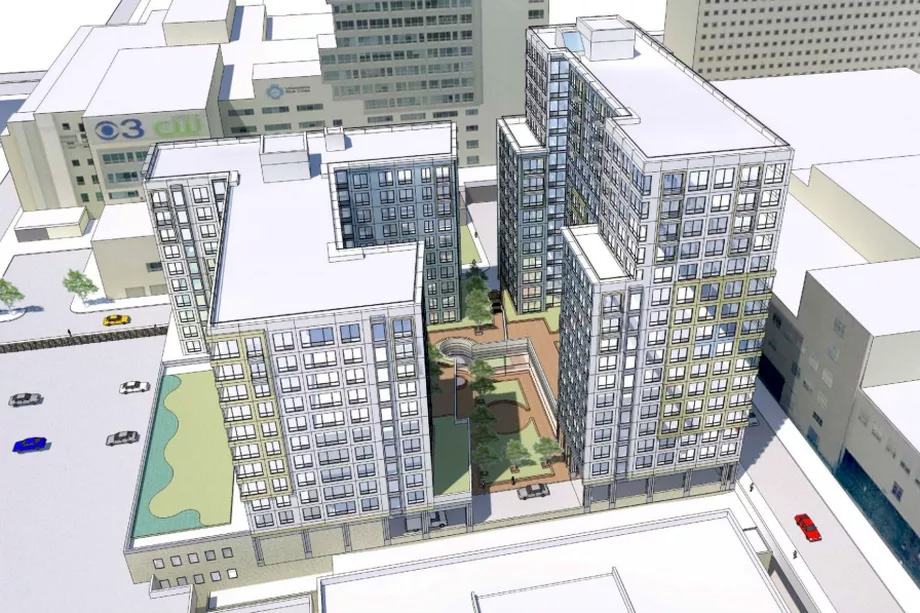 A two-phase, mixed-use development proposed for a parking lot near North Broad has cleared the Civic Design Review hurdle.

The design committee members voted unanimously to conclude the CDR process for what’s being called the Hamilton, which was triggered because the proposed project clocks in at more than 100,000 square feet of new space. Altogether, it’s a 500,000-square-foot development.

The Hamilton calls for two metal-paneled apartment towers with 600 residential units and 8,000 square feet of retail at 440 N. 15th Street. The site is currently has two structures and a parking lot. It’s owned by the Community College of Philadelphia, so the units will be geared toward the student population.

Michael Ytterberg of MY Architecture explained during his presentation that the first phase of construction will include the shorter, 11-story residential tower, the interior garden/amenity area, and 150 parking spaces.

The second phase, which will follow “after a couple of years,” will feature the second 16-story residential tower that will be built on the parking lot. During the first phase, the lot will be used for parking and include some landscaping to enliven the space. 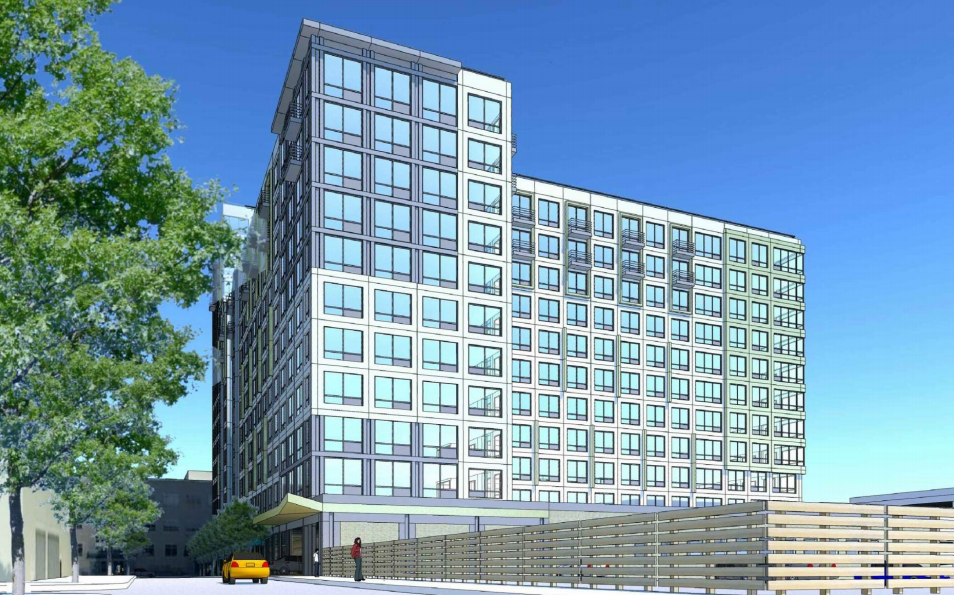 This is a view of the 1st phase of the project. A second, 16-story tower will be built on the fenced-in parking lot in a later phase. 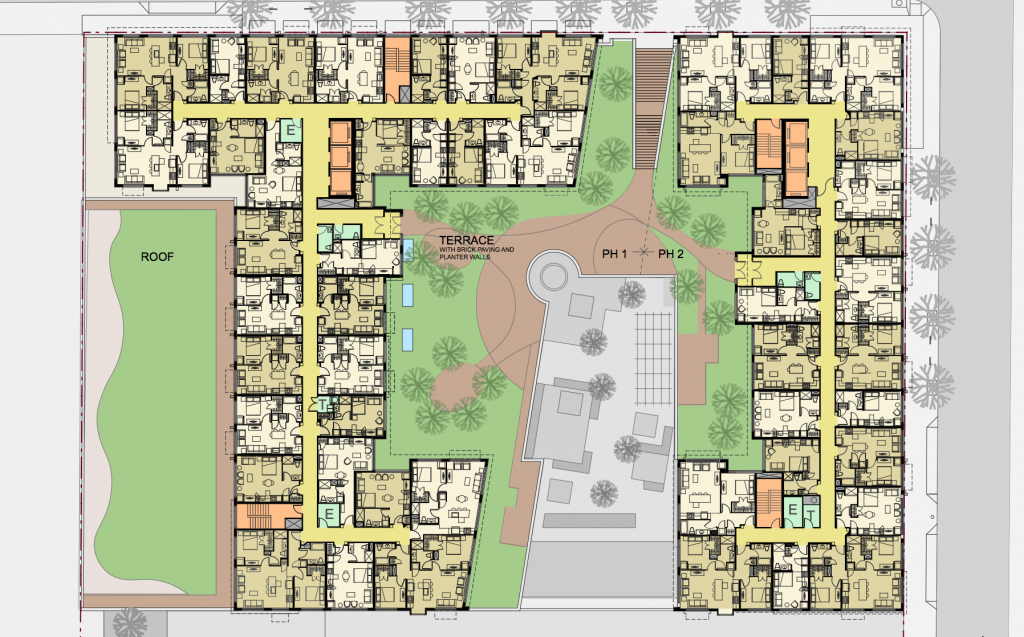 It’s a bit of an oddly-shaped site, which committee members acknowledged in their review. One aspect that complicates matters is that a portion of the proposed Rail Park cuts through a train shed on the site.

The design proposal calls for the train shed to be used for parking, and Ytterberg assured the committee that they’re well aware of the proposed Rail Park plans and will work with the city when and if the times come to construct that portion of the trail.

The minimum parking requirement for the site is 150 spaces, so those 19 or so lost from the shed would have to be replaced anywhere within 1,000 feet of the Hamilton.

While critiques were kept to a minimum, committee chair Nancy Rogo-Trainer said it was difficult to tell from the current schematic design what the multi-colored, metal paneling will look like. “I would rather you sacrifice variety over quality,” she said to Ytterberg.

The conclusion of the CDR process potentially means that the project should progress quickly (as the city allows it) from here on out; it’s currently zoned CMX-4 so it can be built by-right.

← Reuse of the City Branch for transit or trails unlikely, but proposed development isn’t to blame
A FIRST LOOK AT AKA UNIVERSITY CITY’S POSH LEVEL 28 →