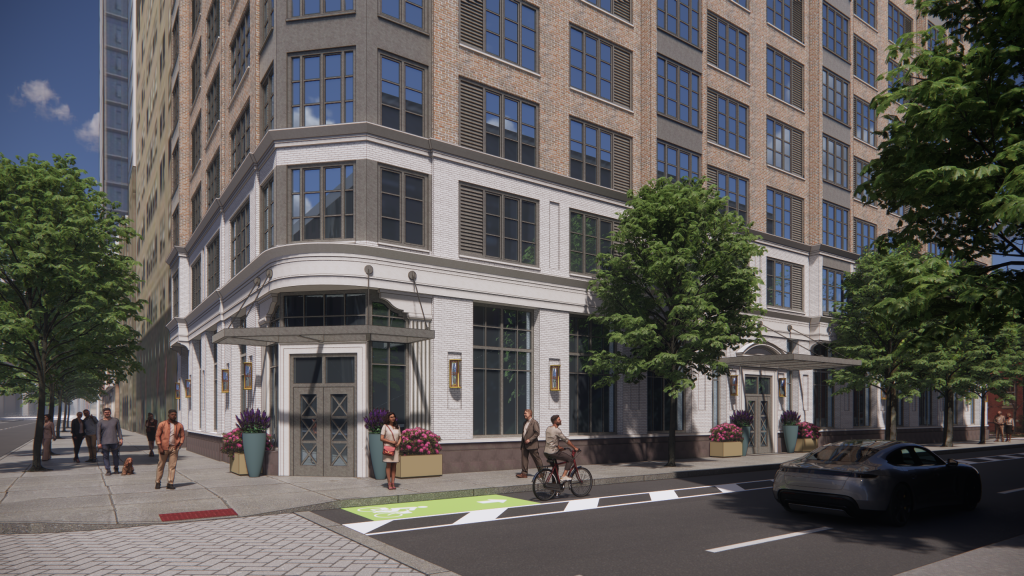 Last month, YIMBY shared images of the updated, scaled-down design for Broad + Pine, a high-rise development proposed at 337-41 South Broad Street (alternately 337 South Broad Street) in Washington Square West, Center City. Designed by My Arch and developed by Dranoff Properties, the tower will rise 15 stories tall and hold 145,220 square feet of space, with ground-floor commercial space and 91 residential units, as well as an 11,995-square-foot parking with space for 18 cars. Today we share more renderings for the proposed sstructure.

The building will feature a traditionally-inspired, throwback exterior, taking cues from notable Center City buildings like The Bellevue, farther north on Broad. The result is promising, and is definitely something that should be experimented with. The lowest two floors will see utilize white stone, while upper floors will see a mix of brick and black cladding. Large windows will be situated throughout the entire façade, which should make for well-lit units. A mansard roof, clad in blue paneling, is definitely beneficial to the theme of the façade, although the materials appear somewhat trivial. Hopefully this feature turns out solid and resemblant of some of the city’s most beautiful high-rises, rather than allowing poor materials to make the design somewhat tacky.

The tower will replace a closed parking garage that is currently standing at the intersection. The building, built in 1945, features a somewhat attractive design on the upper floors, with a painted brick façade with some intricate detail. Although this all looks attractive, a closed parking garage on an intersection as major as Broad + Pine wastes a centrally-located site, and is definitely an underutilization of the property. Because of this, its removal will not be too disappointing, especially considering the large scale of the upcoming development.

By the numbers, the development will be a massive improvement for the site that will add a high-rise building, retail space along Broad Street, and nearly 100 residential units to a property which currently offers none of these functions. The only potential downfall to the project is the material choice on the mansard roof. While the renderings looks great and have much potential, it should be remembered that the last collaboration between the developer and architecture firm yielded Symphony House, the high-rise development across the street, which features an infamously controversial exterior.

Former plans for the site called for a taller building, but with less density. The previous tower was expected to rise 361 feet and 23 stories tall, with 56 condo units. While the building’s  prior massing and design would have been preferable, the increase of density in the plans seems like a necessary change, and will prove very beneficial for the surrounding area. 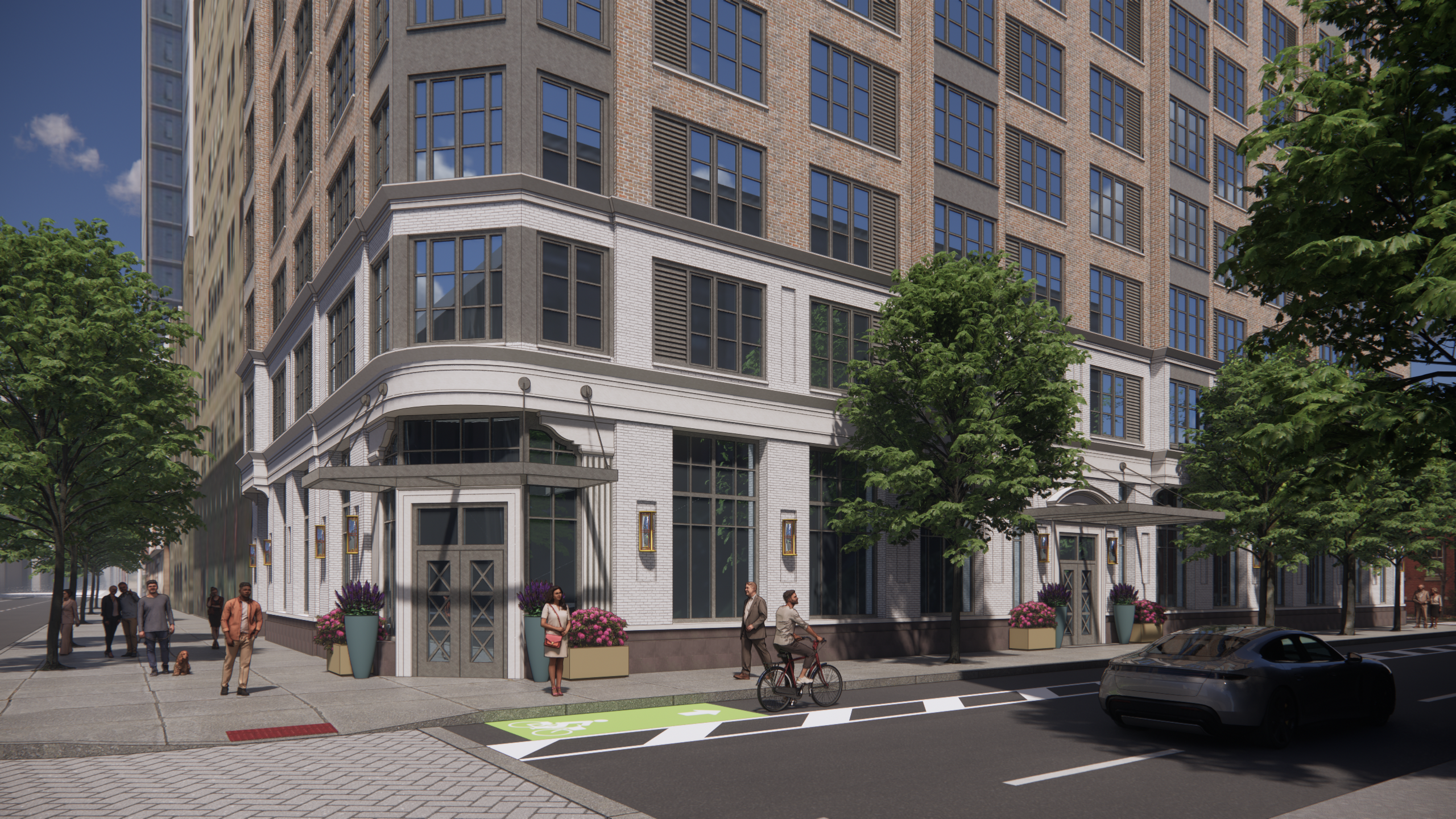