The Hamilton’s Second Tower Tops Out At 1500 Hamilton Street In Franklintown, North Philadelphia 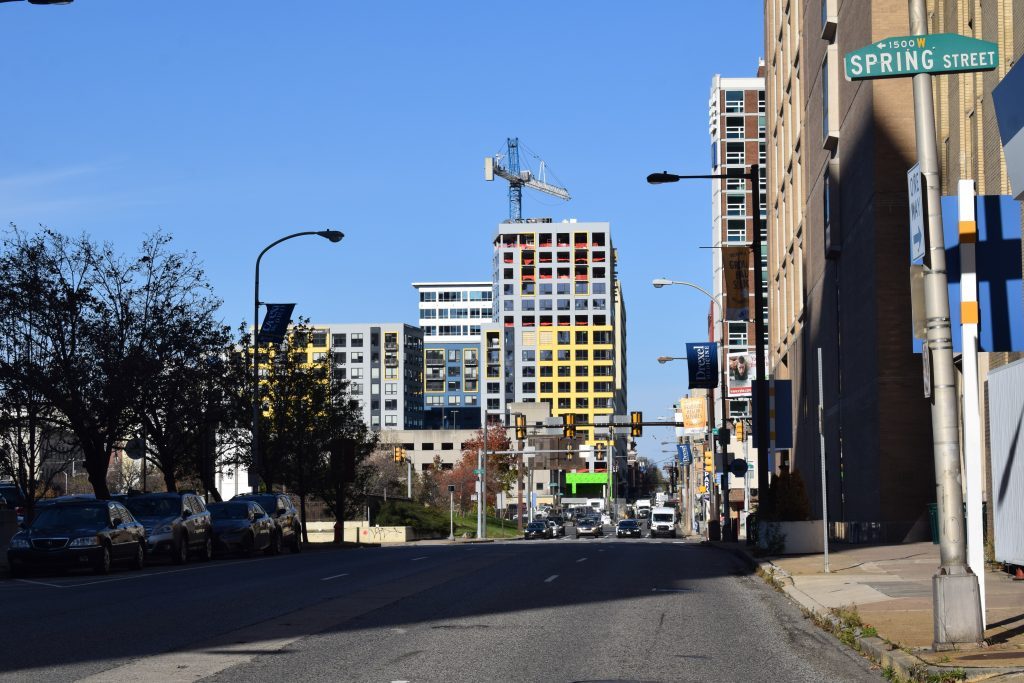 The second tower has topped out at The Hamilton, a 599-unit residential development located at 1500 Hamilton Street in Franklintown, North Philadelphia. Designed by MY Architecture and developed by Community College of Philadelphia and Radnor Property Group, the 197-foot-tall, 16-story building stands taller than the 147-foot-tall, ten-story phase-one building to the west. The first yields 279 units, while phase two will feature 320 units. Located near the CBS 3 News headquarters, the bulky gray and yellow buildings bring a mix of color as well as density into the area.

In the 1960s, the site was redeveloped as a surface lot for the Philadelphia Inquirer along with a below-grade warehouse building that was also owned by the publisher. The Hamilton was revealed in 2016 with a preliminary design. Renderings from the Civic Design Review submittal showed the building massings as they exist today, but neither the façade design nor amenities were yet finalized. Phase one broke ground in August 2017 and was completed in March 2019, nine months after work had commenced for phase two. 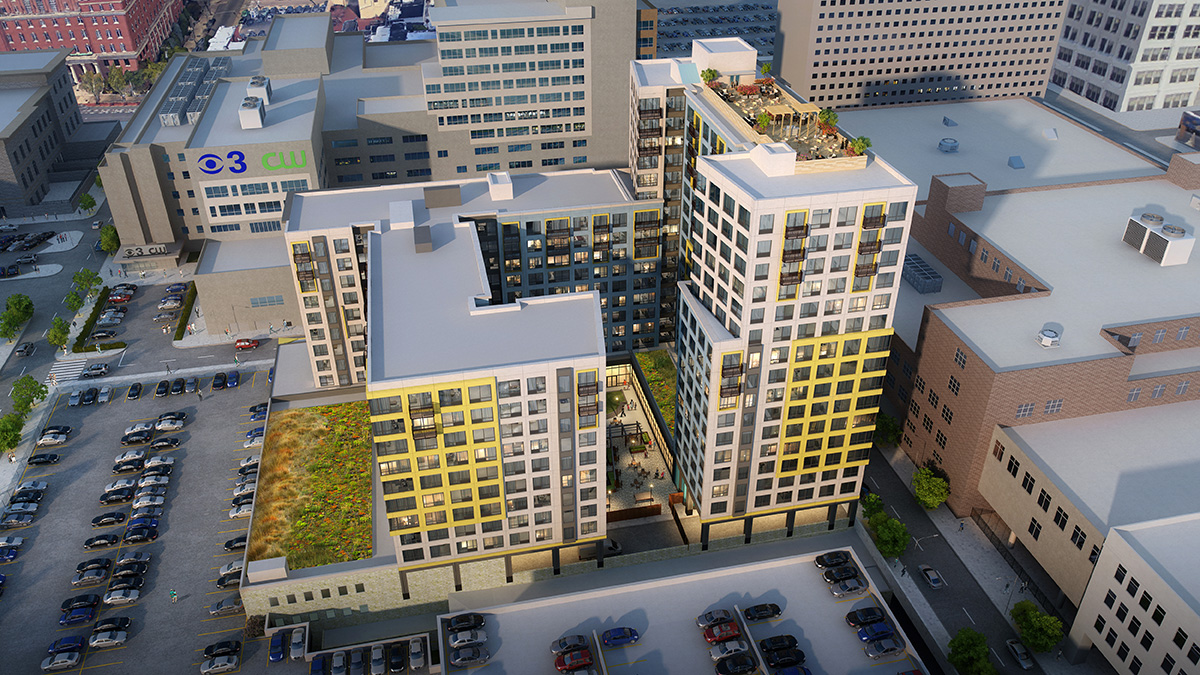