Newark’s building boom an echo of its history : Di Ionno 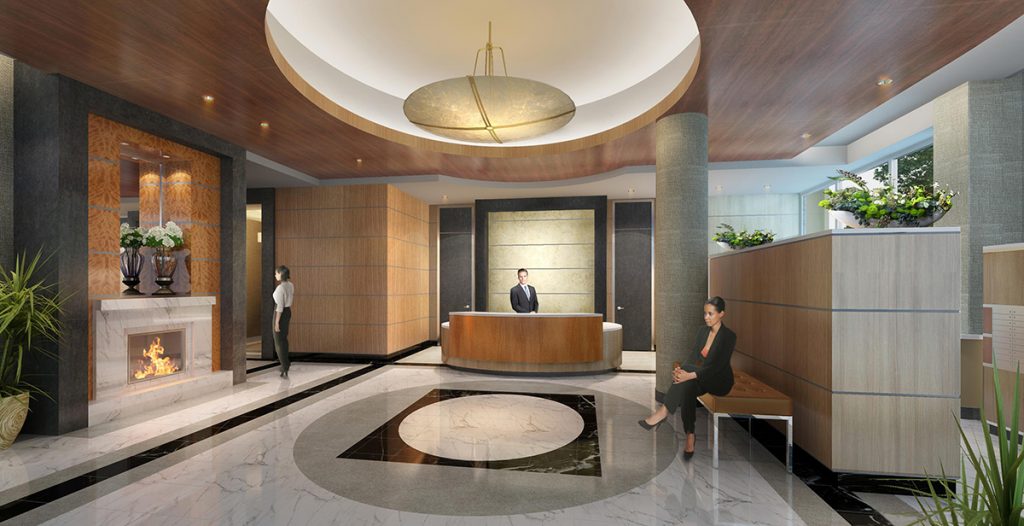 One Theater Square is one of those construction projects that seemed to go up overnight.

The last beam of the concrete and iron shell of the coming 22-story luxury apartment building in downtown Newark was put in place Wednesday. During the topping-off ceremony, the construction crew, developer and politicians scrawled signatures and messages on the beam before it was hoisted into place. In that way, the beam is like a time capsule, to be discovered and wondered about at some distant point in time.

In cynical press circles, such events are considered dog and pony shows.  People are trotted out to give practiced hyperbolic sound bites. And then lunch is served.

The adjectives swirling around the wind-blown 22nd floor of the new building’s skeleton certainly could have been interpreted as “hype.” Except for the fact that most were true.

One Theater Square does, in fact, begin a new chapter in the development of downtown Newark as a residential community.

John Schreiber, CEO of the New Jersey Performing Arts Center, which owned the land and pushed the project, said One Theater Square is the largest step in creating “the cultural district of a first-class city” since NJPAC itself opened 20 years ago…It was always the vision. It was always what we aspired to,” he said.

One Theater Square is the first new high-rise luxury apartment building to go up in Newark in since 1960, so when the word “historic” was invoked at the event, it wasn’t overly dramatic.

But since the word was used, a little history is in order – and most of it could be seen directly from One Theater Square’s sweeping views. From eagle level, it is clear that Newark has a great-city inventory of astonishing architecture.

Newark’s downtown was never residential, even in the boom years of the late 19th century and early 20th .

But the city’s public and commercial architecture – hyperbole aside – was stunning.

Here is a partial list of the downtown buildings on the National Registry of Historic Places:

Newark City Hall (1902). One of the best examples of Beaux Arts public buildings in the country, it was designed by the father-son team of John and Wilson Ely, the architects of several other Newark buildings, including the American Insurance Building (1930), the now Rutgers-owned tower near the Newark Museum, and the neoclassical jewel called National Newark Building (1931), the city’s tallest, at 744 Broad Street.

Essex County Historic Courthouse (1904), designed by Cass Gilbert, architect of New York’s Woolworth Building and the U.S. Supreme Court. The Seated Lincoln sculpture out front is one of three works by Gutzon Borglum of Mount Rushmore fame in the city.

Gilbert also designed the First National State Bank Building (1912) at 810 Broad Street, which is also on the National Registry and is today the Hotel Indigo.

This abridged list does not include Newark Symphony Hall, private historic residences (the Ballantine and Krueger mansions and others) or churches (multiple).

But the intersection of Broad and Market, is wholly on the registry for its varied architecture over the 50-year period from 1880 to 1930. Name an architectural movement — Greek Revival, Romanesque, Italianate – and it is represented in the old commercial buildings and theaters around the heart of the downtown known as “Four Corners.”

In the words of early 20th century Newark librarian and historian John Cotton Dana, this building spree transformed the city from a “huge, uncouth and unthinking industrial Frankenstein monster into a place of refinement.”

Nothing quite as archaically eloquent was said Wednesday, but the sentiment was the same.

Downtown Newark has been changing since the New Jersey Performing Arts Center opened in 1997 and with this building – changes will continue to come more rapidly.

The transformation of Newark’s business skyscrapers to luxury residential buildings began in 1999, when Arthur Stern impeccably restored the downtown twin towers of 744 Broad Street and 1180 Raymond Boulevard at the cost of $250 million.

The recession slowed things down. One Theater Square took eight years to finally get going. The Hahne’s Building opened in January after almost a decade as the lynchpin in the city’s master plan to create a contiguous path between University Heights and the downtown.

And now we’ll see a reverse domino effect: things going up instead of coming down.

The Griffith Building will be turned into luxury apartments in what developer Miles Berger called “a full historic restoration.”

The New Jersey Bell Building is also being renovated for housing by L & M Development of New York.

NJPAC owns another six acres in its vicinity. A hotel-conference center, a restaurant row, and more luxury residences may rise. Sooner rather than later.