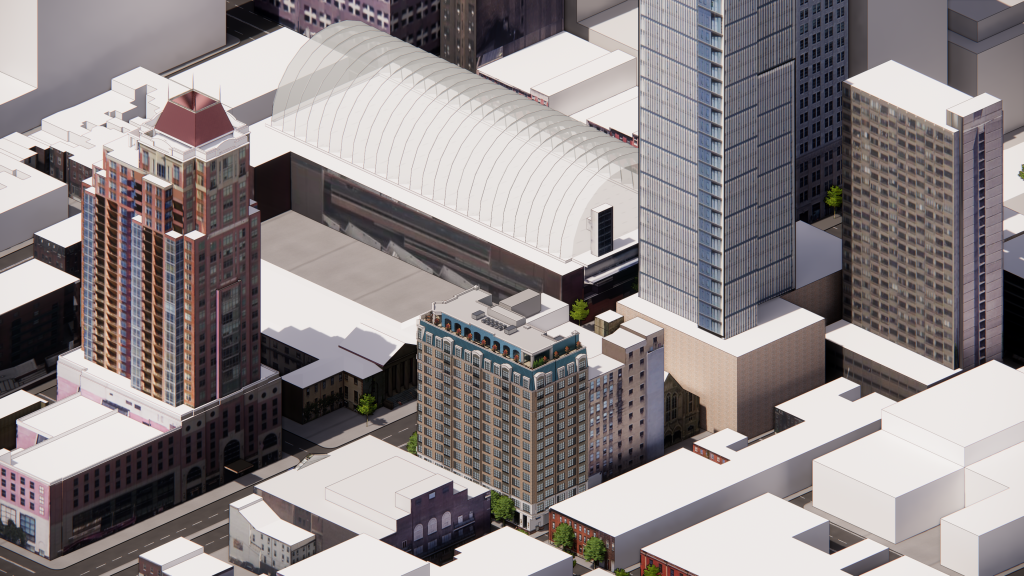 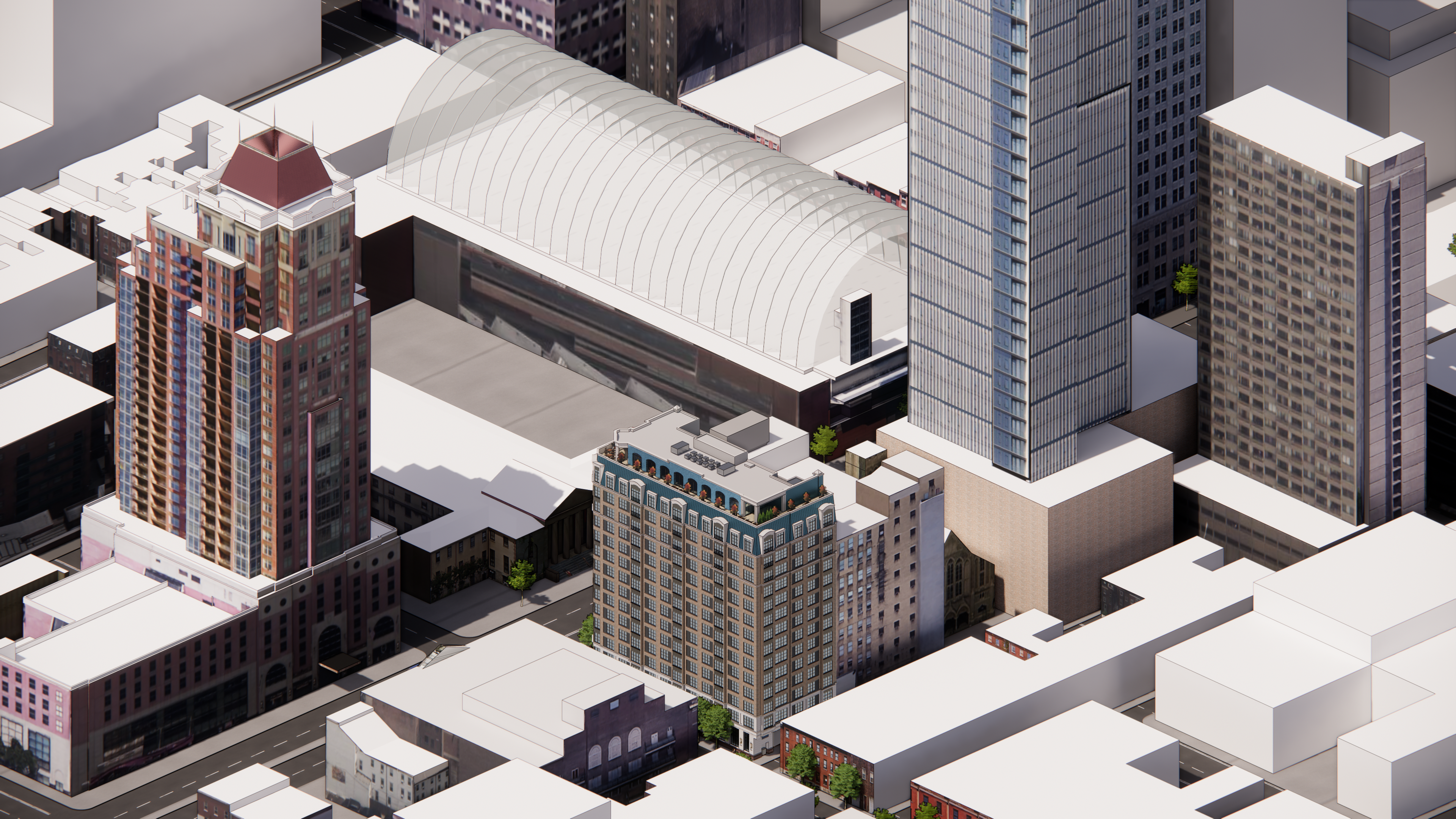 Dranoff Properties is moving ahead with another residential project on South Broad Street in Center City, where it plans to develop a $100 million, 91-unit boutique apartment building at Broad and Pine streets.

The building will be the Philadelphia developer’s fifth along the Avenue of the Arts, with a sixth in the early planning stages. Dranoff received approval this week from Philadelphia’s civic design review committee for the 14-story, 145,220-square-foot apartment building at 337 S. Broad St. It will have 2,800 square feet of retail space that will be accessed by an entrance on South Broad. The entrance for the residential portion will be located on Pine Street.

Dranoff has owned the site since 2014, buying it from the Rappaport family as a defensive move to oversee its fate and protect the developer’s other nearby projects.

“By controlling the site, I was able to control and preserve the view corridors of all of my buildings,” said Carl Dranoff, CEO of Dranoff Properties. “I didn’t want to see that corner fall into the wrong hands.”

The size and scope of Dranoff’s latest project was influenced by comments the developer heard from prospective buyers at Arthaus, the company’s $253 million, 47-story condominium tower under development next door. Some were going to be in the city for just a year and didn’t necessarily want to commit to buying a condo or were uncertain which neighborhood they wanted to settle into, but each still wanted a full-service building with a concierge and doorman.

“It pointed us in a direction of a very exclusive and boutique apartment complex,” Dranoff said.

Dranoff declined to divulge details of the sixth residential project he is planning for South Broad, but he acknowledged just a few parcels remain undeveloped, providing limited opportunity.

“When I came here in 2003, almost every corner was vacant,” he said. “It’s been one of the most unsung transformations that has happened over the last 15 years.”

When Dranoff Properties responded to an RFP in 2003 to develop the site where its Symphony House now stands, “it was a forlorn, underutilized spot,” he said. “I had just been to Chicago and I said this should be our Michigan Avenue. I just saw tremendous potential on South Broad Street and no one was living on it.”

After the development of Symphony House, Dranoff went on to build 777 South Broad and South Star Lofts, both of which are rental properties, and Arthaus, which remains under construction. The success of those residential projects as well as the influx of empty nesters and millennials into Center City over the last decade led other developers to focus on South Broad.

For example, Post Brothers converted the Atlantic office building into apartments and is undertaking a $500 million mixed-use development at Broad Street and Washington Avenue that will have 1,450 apartments. Alterra Property Group developed Lincoln Square, which has 322 apartments.