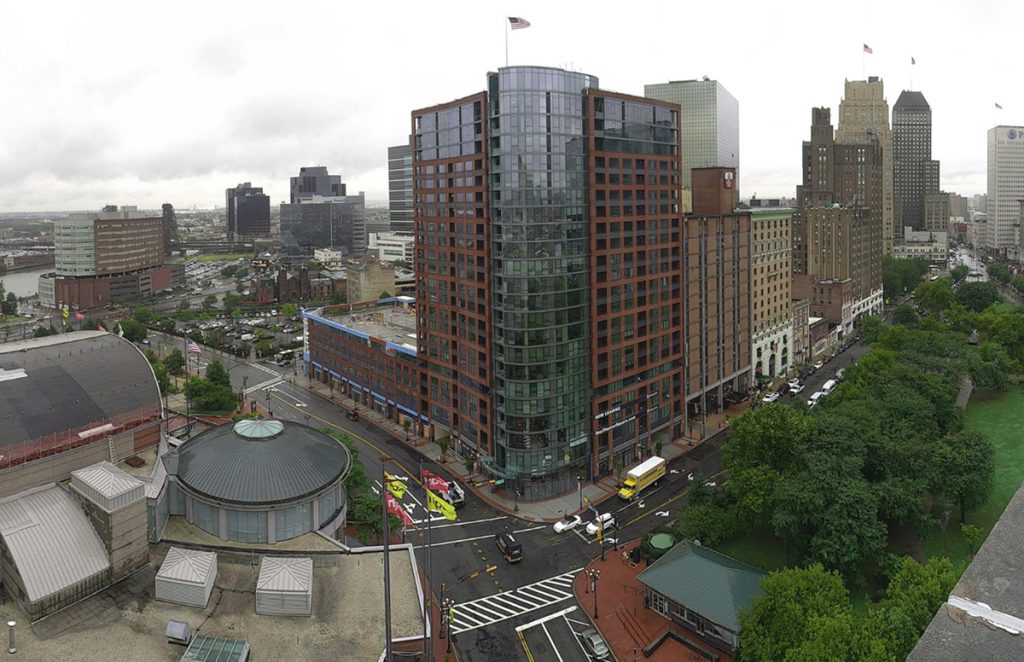 NEWARK, NJ – Newark has a lot of up-side. But it’s come a long way to achieve that, especially on the multi-family side of the game. So CapRE’s Newark CRE Summit included a panel titled The Newark Multifamily Surge: Analysis of Tenant Dynamics and the City Infrastructure to Support this Growth, moderated by Frank E. Ferruggia, Partner at McCarter & English, LLP. Frank kicked off the discussion with a direct question for one of his panelists, Carl Dranoff, President and Founder of Dranoff Properties.

“Carl, what is your group working on in Newark?” asked Ferruggia. “What’s your prognosis for growth and development in the city?” Luckily for us, Dranoff was only too happy to indulge Ferruggia.

“I first came to Newark eleven years ago. The year was 2007,” recalled Dranoff. “[A firm] put out an RFP for a property they owned. Eleven years later it is One Theatre Square. There were a lot of intervening obstacles and pot holes and speed bumps. But to echo what [co-panelist] Waseem Boraie just said, we saw the potential in Newark eleven years ago. But if we had built a building that we had proposed, on schedule, I probably wouldn’t be sitting at this panel. I would probably be broke.”

Why’s that? Because Newark wasn’t ready for that project. “We had proposed a forty-one story high rise right across the street from that site,” he revealed. “And we all know that the real estate correction happened starting in 2008 and lasted for several years. It slowed everyone down. It slowed cities down. It slowed Newark down. But the great thing about the timing today, is that I would say at the beginning after the recession, Newark had a tremendous revamp.”

Dranoff then explained how New Jersey largely depends on its sister city across the Hudson. “Part of it was that real estate in New York was so, so, very expensive, and spiking all of the time for both rental and condo pricing,” he divulged. “Brooklyn was getting to be the same way, the Gold Coast in New Jersey was getting to be the same way. And Newark is the next city in. The other great thing is that Newark has 50,000 people that work downtown everyday. And virtually none of those employees live downtown. So that has to tell you about the great potential. And of course the transportation system is un-surpassed.”

According to Dranoff, the city has leadership that has gotten their act together and utilized the tools that they have, and utilized the state tools, which made our project more feasible. “So I would say that all of the stars are aligned today like they have never been before,” he asserted. “So back to One Theatre Square. We originally had 350 units in a 41-story building. We realized we were too ambitious. We couldn’t get traction with the financial markets. We were too early. And we re-designed he building at 23 stories, 245 apartment units, and the ground floor [would be] retail.”

Fast forward to today, and Dranoff thinks that, so far, his team is killing it. “We opened up a little less than sixty days ago. The apartments are exceptional. And it’s open everyday if anyone wants to go over and take a tour or see the product. The first people moved in Monday,” he shared. “We have literally people moving in everyday this summer. So we’re off to a strong start, and I would say we’re an overnight sensations, after eleven years.”