Posted by Michael Ytterberg on September 3, 2017. Listed in Historical Precedent. 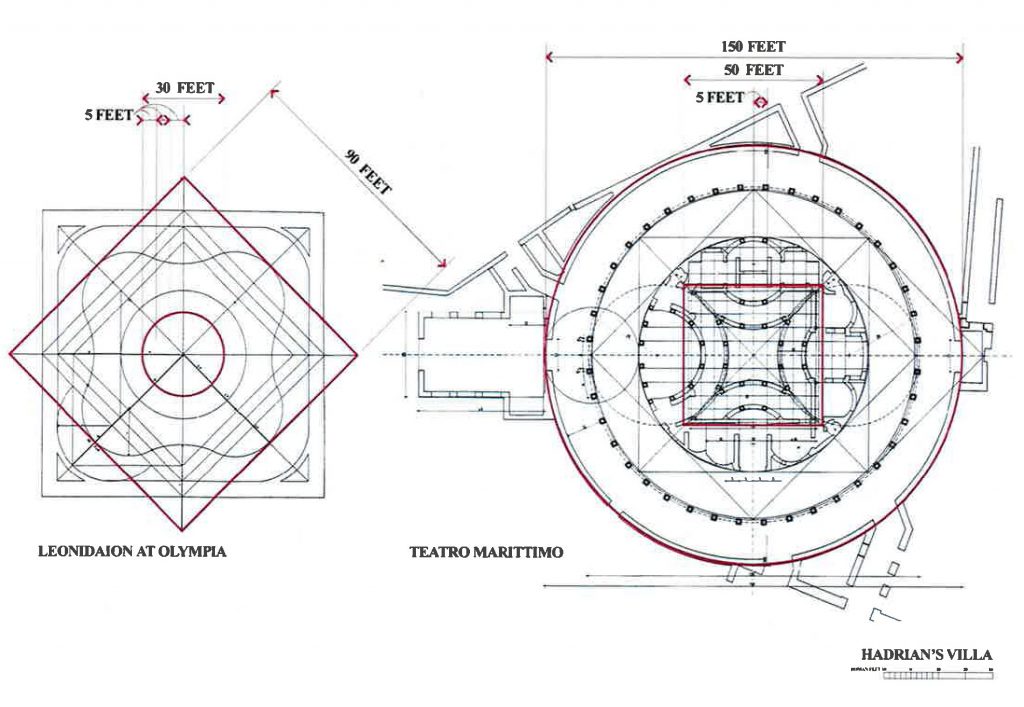 The casual violence with which the various parts of the second-century Villa of Hadrian crash into each other seems to belie any possibility of a rational plan, although an overall master plan seems a necessity. Amazingly, in the twentieth century, Le Corbusier extolled Hadrian’s Villa as the archetype of great planning. This paper will describe the clear, mathematically ordered process by which the Villa was planned, and the compositional principles of its design will be shown to be exactly those which underlie the theories of Corbusier, 1800 years later.

← Alberti’s Sant’ Andrea
The Grid and The Labyrinth →